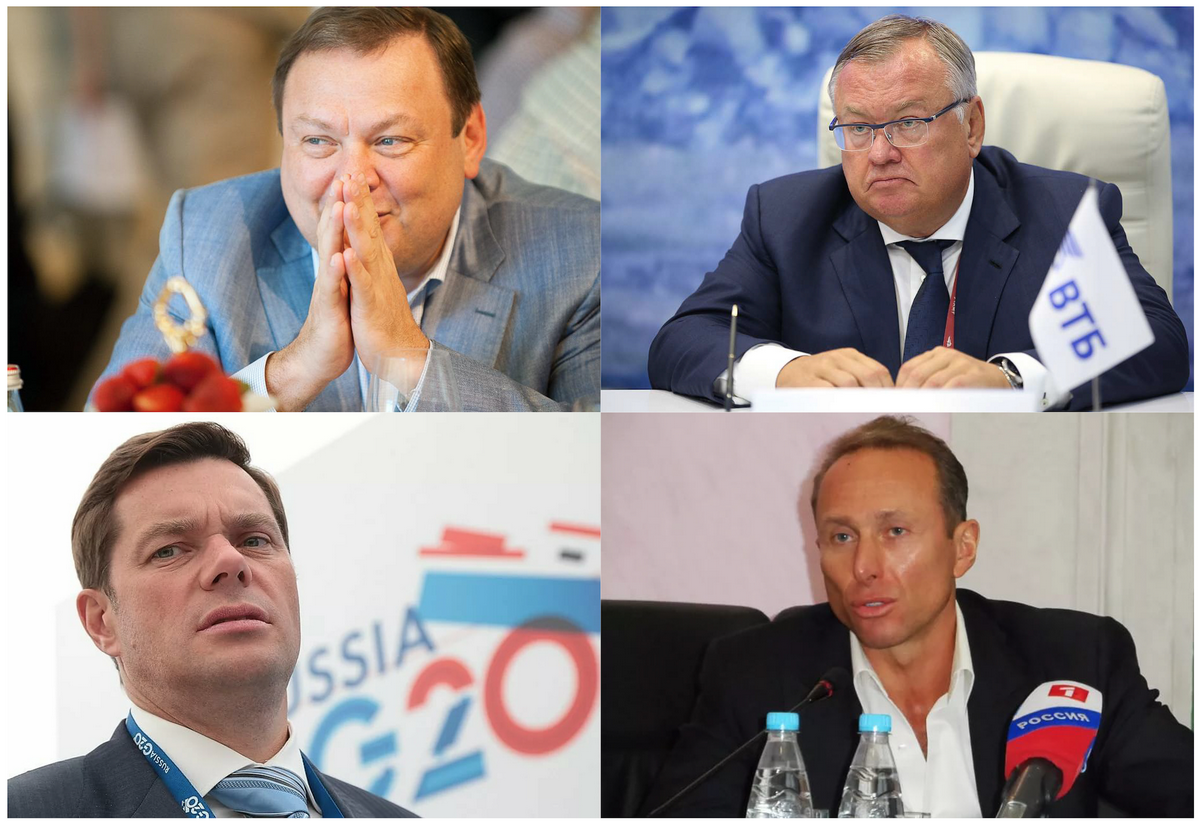 We decided to go huge and pound our focus on entire Russian retail market in english language in order to show some respect to expat folks and entire foreign community working and living in Russia. We have an intention to integrate international language articles into our highly-demanded journal on a constant base. Nowadays it’s important to throw an overview back to the  last 20 years of retail business before new era of transformations hits our doors. May be this info also helps outer investors bring some light on the Russian thorns. So here we go.

We keep the chronicles of Russian retail from the November of 2001 since the opening of Metro Cash & Carry in Moscow under the fragile guardianship of famous Moscow major Yuriy Luzhkov. Though not everyone would agree on that system of chronology we as Top-Retail.net are completely sure earlier attempts to introduce organised trade were very trial, chaotic and non-competative. There are no interesting examples of earlier dated systematic retail trade and you will not find any traces of those trials today. Even Turkish Ramstor entered the market much earlier could not gain a stable footstep having no competition. Its constant underpayments to suppliers and poor internal organisation can be treated more like a joke than a business.

Later in 2002 Auchan made a company to German Metro forming the core of future Russian retail market bringing all goodies and pains to trade community. They had deployed the Holy Grail to the entire FMCG industry — The Supply Contract revealing a new mega-power instruments like listing fees, promo periods, leaflets, worthy penalties, grey marketing (in-store items to sell), private labels, supplier’s audit and advanced logistics. Such an amazing God blessing started the new epoch in Russian trade and new capitalism-hungry entrepreneurs began to yoke in their carts.

Before our story of Russian retail success hits the road we need to explain the system of Russian Capitalism. As the foreign companies began to form a cluster of Hypermarkets the Russian counterpart was not so obvious on their moves while lacking retail technology awareness. As a consequence they started with a time gap.

In the mid of 90-s new “democratic” state accomplished the task of appointing loyal oligarchs across the industrial assets in order to make them temporarily watch after “The Worth”.

Not loyal and hungry for power were forced out of country or into the jail. In one day Russia has born a new class of oligarchs. At the beginning they got mainly natural resources, hard industry, telecomm, banking and transport. The most smartest new Rich Men later spread their assets into different branches including food and non-food trade. Only few of them predicted retail as a future profitable asset.

As Auchan and Metro enjoyed easy money from 2001 to 2008 small Russian guys began to open their first small shops across the country believing into democratic prosperity and eternal growth. Small, stinky and dirty shops grew in number and power without any western retail technology. Big foreign brothers did not show any respect to young snotty boys looking only at each other. German and French Hypers also did not introduce any stable strategy for the Russian Market limiting their own plans only to margin pump. Easy money did its bad deal and after 2008 Metro and Auchan faced significant retardation. Not able to cope with 2008 crisis they have massively introduced low-cost private labels in a wacky way impacting whole Russian market with wrong Private Label approach visible until today. Devastating mistakes in human resourcing and management raised the cherry on top. The point is European companies are still unable to handle Russian employees properly and equally in rights. Plus they are not able to handle even international human management sending to Russia very strange persons having troubles within their motherland teams. Only few of them turned to be a real professional still working in here.  Russia always require full attention. Things going fine in Paris or Berlin turn strange in Mother-Russia. Finally, on the edge of 2012-2014 when Ukraine game occurs foreign players started to experience serious troubles. Small Russian players came together with better understanding of retail technology. Two monstrous convenient formations appeared on the horizon — X5 Retail group of Michail Fridman and Magnit of Sergey Galitsky (Arutunyan). First one became huge by consolidating small players. The second one built the empire on its own goods distribution and logistics. Lenta and Dixy had closed the formation. By the way Lenta made its success using the best Metro employee members escaped from non-perspective future of deadly locked hierarchy. By poorly managed social lifts within the company Metro created its most powerful twin-brother and competitor (Lenta). Observing today’s style of management we think Metro Headquarter does not realise this until today.

Auchan sank due to the lack of a strategy and non-productive corruption lost its chance to be the company number one on the entire market in 2008 and further on. Better days for Metro and Auchan will hardly come.

The future seemed to be solved. Russian mega-monsters on the top and some foreign team-players at the bottom. But the reality made a big call for everyone in 2014. Over-The-State subjects decided to change the shape of the earth. First of all Russian oligarchs and reach men received a call-back for given assets. Who became quite international to this moment of truth try to solve this issue between London and Moscow. But the Saint point is that London never gives a King Kross to Russian Elite and the Moscow never gives money-back indulgence. Love-dance between two capitals is extremely expensive. Those oligarchs who build their bases abroad have to pass given assets back to state. This is the main challenge as of today. Those who tend to be more motherland-based are allowed to keep assets a “little longer”. Thus we see current set of retail assets now. X5 is under a big threat of dissemblance or interception. Magnit is already captured by the state-affiliate (VTB bank). Lenta has went under the loyal reach-man from steel industry — Alexei Mordashov. Dixy was always sitting on the smoke business under the shelter of invisible power-men. This retail chain is not considered as real competition player following other tasks. Who has left? Newly growing online stores and small stores.

Does the Russian retail has a chance to transform into something new and promising? Unfortunately, but depends. The words of former British Prime Minister Margaret Thatcher hanging like the sword of Damocles — “50 mln. citizens are enough for Russia to maintain natural resources pump”. And it looks like Russian government is heading towards that goal by incompetence or by purpose. Conspiracy? Who knows. Jesus Christ said, — “By their fruits you will know them”. And we are eating those fruits now.

So, the future of Russian retail is hanging on the following factors:

— Call-Back from State on the given assets

— The range of incompetence of foreign players

— Overall planetary reshape (lets call it like this for now)

We have to explain the last point. It may turn out that Russia will get benefits from future climate changes and floods due to its right geo positioning. In this case world management have to re-settle in Russia. But the Switzerland and Scandinavia can be a competition. This factor is still in the process of validation.

As we see nothing really depends from the economy which is the dependent function of the above mentioned points. Professionalism, income per capita, consumer behaviour and the rest of the low-level definitions are even in a greater dependency.

The first point is quite tricky. The State will force its rights via affiliative groups of people and it is a very long chain. So, on the way to returning back some assets to the state treasury it can be half-lost on the way. That means a company can be divided into smaller parts or gets a new external manager. In some cases old owner can get in connection with a new external manager appointed by the state to keep the asset. This is the scheme which some oligarchs are trying to go through. Not the same money as in the golden past, but better than nothing. Actually, its a big game with significant visual effects we may see in the nearest future.

Talking about new and trendy. Healthy food and online-trade have never been a driving horse in developing countries. Their high growing percentages on small absolute numbers can attract attention only of hype bloggers and poor educated FMCG freaks. Digitalisation is also a toy of world corporations, not domestic developers. To understand that please look back into 90-s. Do you see any small developers in ERP, Operating systems or Excel charts so famous today? No, its only SAP, Oracle, Microsoft & Apple. It will be the same in 2020-2030. Digitalisation is made not for slaves, its made for masters to rule them all. Please, get into percept. In terms of digitalisation Russia will be like Uganda, Brazil and bunch of others. No major differences, same platform, same protocols, same outcome.

As we see we have drawn quite predictive future. And it really is. Russia is not complex in building plans it is complex in accomplishing them. Amazing variations in very simple steps always were the feature of our country and it continue to be.

involved@top-retail.net — we build the future